During our twelve year existence we have worked on many projects,including:

During 2014, we performed the measurement of the main road of 30 km in length. The measurements were performed in the band of up to approximately 60 m, at 30m in relation to the road axis. The measurement was done by profiles at the distance no greater than 20m. In addition to profiles, we measured all the objects in a given area, as well as bridges, culverts, road signs, curbs, sidewalks etc.

During 2014, we completed all preliminary surveying work for the project - UPGRADE OF THE SAVA RIVER DIKE AT KOZARSKA DUBICA. The total length of the dike is about 14.5 km and extends over the area of two municipalities or five cadastral municipalities. 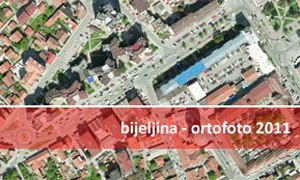 GISsoft ltd. from Brcko, together with MapSoft ltd. from Belgrade have successfully completed the project of development of digital orthophoto plans for the territory of the municipality of Bijeljina based on arial photographs.

The information system for the collection of communal rent was developed for the needs of the municipality of Bijeljina. By a municipal desicion, a model based on city zones was chosen, but the system was developed in a way that you can easily switch to other models when the  available data permits it.